Are Incentives the Key to Navigating a Softening Seller's Market? 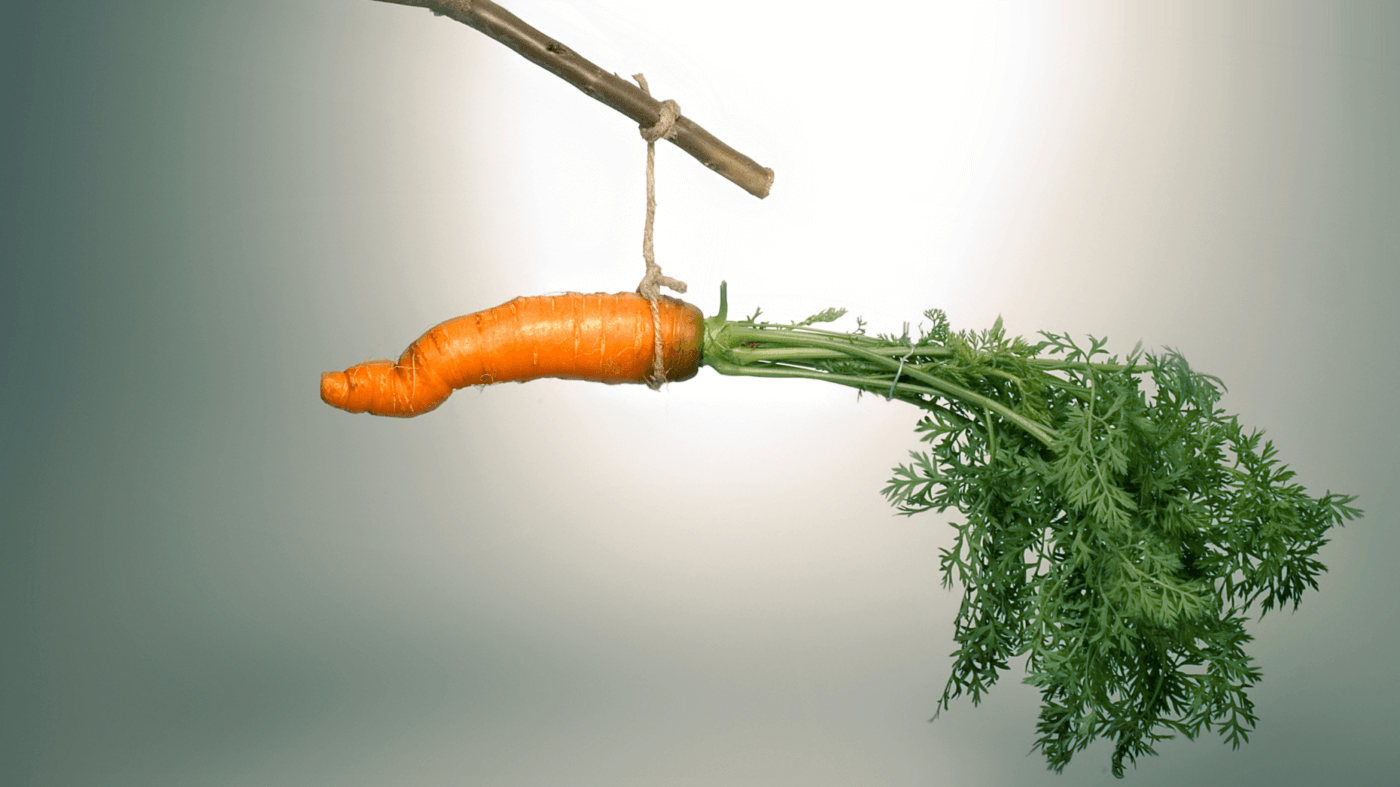 Agents in California and New York share how they’re dealing with softening seller’s markets and whether buyer’s incentives are worth the potential trouble.

For informational purposes only. Always consult with a licensed real estate professional before proceeding with any real estate transaction.

Desperate times call for desperate measures. Or do they? That’s the conundrum agents across the nation are dealing with, as evidenced by a recent SFGate report detailing the rise of buyer incentives in San Francisco, a robust sellers’ market known for sky-high listing prices for even half-burned properties.

However, the coronavirus and its ensuing impact on the economy and consumers have turned San Francisco and other markets like it upside down. The buyers who were once clamoring for their spot in the city are now turning their sights elsewhere—a shift that’s pushing listing agents such as Emily Beaven to embrace buyer incentives.

“We’re not even getting calls on things. It’s a bit of a ghost town. Then I started to see the incentive trend happening,” Beaven told SFGate. “When you’re not in a super-strong seller’s market, when properties need that extra boost, that’s when [incentives] happen. We’re entering a period of desperation.”

In a phone call with Inman, Beaven said the incentive, which is a consultation with a professional organizer, has yet to bring increased interest or offers on the 400-square-foot SoMa condominium she’s struggling to sell.

“When someone walks into it, the first thing they’re gonna see is it’s small,” Beaven said. “That is a challenge for some people, but it’s also an opportunity and so I wanted to do something a little bit different to maybe appeal to the people that might not think it could work for them.”

“I haven’t gotten any calls, specifically, because of it,” she added. “But I literally just had a showing there today, and the agent said, ‘Oh yeah, I saw it the MLS, and the buyer said it’s really awesome, and that’s really smart that you’re doing that.’ So I think the feedback is good.”

Although San Francisco isn’t the only market to experience a softening seller’s market, Beaven said it seems to have hit the area harder—a fact that agents are trying to adjust to.

“At the end of the day, I don’t think incentives are going to make someone purchase a property,” she said. “But I think that they’re just going to help you stand out from the pack, and right now, we have a very large pack.”

“Gone are the days in San Francisco, specifically in the condo market, where you can simply put up some attractive photos, maybe do a video, maybe do some marketing, and expect to get multiple offers and so much interest and it winds up going 10 percent over the listing price,” she added. “It’s just not happening now.”

New York-based broker-owner Matthew Bizzarro is facing a similar situation as Beaven, with New York City’s status as a staunch seller’s market softening as COVID triggers a great reshuffling amongst residents. However, Bizzarro said buyers’ incentives remain virtually non-existent as he and many of his colleagues remain busy.

“We’re extremely busy right now,” The Bizzarro Agency broker-owner told Inman. “We don’t have to actually don’t have to offer cars or stagers or designers.”

“What we do offer is an exceptional concierge service for our clients to make sure it’s a seamless process,” he added. “I know, that’s not really, I guess, different. But we’ve actually been fortunate enough to not have to go beyond that.”

Instead of offering incentives, Bizzarro said New York City’s sellers and listing agents are taking a simple, tried-and-true approach to getting a home off the market: lowering the asking price.

“In the market for buyers, there’s less of a sense of urgency. They understand that they don’t have to purchase right now,” he explained. “Right now they can wait and see what comes on the market and negotiate.”

“There will be the most amount of inventory I’ve probably seen in 20 years [this fall and winter],” he said. “It is going to be very busy because a lot of buyers who want to stay in New York or have to stay in New York because their job is in New York, or they just love the city and are here because we’ve been through the worst already, are waiting for the comeback.”

In addition to lowering the asking price, Bizzarro said sellers are willing to pay off building assessments or other fixed expenses but don’t go as far as offering incentives, such as gift cards or other expensive items.

“New York City is its own beast in real estate. We run very differently than everywhere else,” Bizzarro said.

Back in California, ACME broker-owner Courtney Poulos said Los Angeles’ market is robust with plenty of buyers and sellers entering the market after months of lockdown. Although sellers still have a slight upper hand, Poulos said they’re still doing all they can to distinguish their home and attract buyers.

“The market in Los Angeles is extremely hot,” Poulos told Inman. “Now that people are working from home, a lot of emerging neighborhoods have come into demand and buyers are seeing that they can actually get more house for their money in transforming areas in LA.”

“It’s not gentrification, [in] the way that we think of that word,” she explained, “but there are areas where there’s quite a bit of commercial development and community investment that has been making strides towards creating more live-workplace resources in a smaller radius.”

She added that the market for properties priced under $2 million “has just been on fire. People are getting the house that they love, but they are in competition for that house.”

Poulos said listing agents are working to distinguish their listings with stellar photography, interesting staging, and needed interior and exterior upgrades. However, some sellers are open to buyers making offers on items such as furniture or cars alongside the house to set the property apart.

“One of my agents, Dominique, had a sale where the images actually have the seller’s classic car in the driveway and it could be included for the right price with the sale,” she said, noting that the tactic drew attention and resulted in an offer that included the car in the contract.

But before pushing clients to incentives, Poulos relies on tried-and-true marketing strategies: quality staging and great photography. “If I was sitting with a seller and they said, ‘Okay, well, should I just throw in the boat?’ I’d say, ‘No, don’t throw in a boat. Sell the boat and put $5,000 into your staging,’” she said. “I’ll spend $1,000 on the photos. Get your cousin to come paint the house and we’ll have this thing sold in 20 days.’”

Although the trend of listing agents offering buyers’ incentives hasn’t taken off in Los Angeles, Poulos said buyers are pushing buyer’s agents to offer incentives in the form of discounts.

“There’s a lot of competition for the buyers right now because the buyers are ready to go and they sometimes don’t feel like they need to choose an agent,” she said. “I’m getting a lot more requests [for discounts], but I’m not a discount broker.”

“There’s a lot more requests from people asking, ‘Oh, so and so down the street said they could do it for half-point [less], or I’ll get a $2,500 credit from their commission,’” she added. “I am seeing a lot more savvy buyers make demands in exchange for representation.”

Risking a conflict of interest is what’s keeping Sacramento-based Tim Collom Realtor Group leader Tim Collom from ever offering a buyer’s incentive, even if the market experienced another sudden slowdown.

“Right now, there’s really there’s nothing that we need to incentivize,” he said. “There are multiple offer [situations] everywhere.”

“Even if the market slowed down, I wouldn’t give an incentive,” he added. “I think that’s important [to] the integrity of our business not to do that. Even when it comes to listing agents offering bigger commissions, we’ve stayed away from that, too.”

“We’ve always maintained the commission that’s offered is usually enough, and people should really do what they’re supposed to be doing as far as their job is concerned,” he continued. “Agents really shouldn’t be incentivized by the commission anyway, they should be doing the right thing for their clients. I know that’s against your article, but I feel like that’s the truth.”

Collom specifically pointed to the Real Estate Settlement Procedures Act (RESPA), which prohibits kickbacks, referral fees and unearned fees among other things. Although it seems buyer’s incentives, such as gift cards or including the seller’s car with the sale, doesn’t violate RESPA, Collom said it’s too great of a risk.

“I think there’s a lot of dangers involved with incentives just because it’s not an even playing field,” he said. “What happens is that people start buying homes because of the incentives and not necessarily an upgrade to the house, like new countertops or flooring.”

“My group has the top agents in Sacramento and we could probably offer all sorts of incentives,” he added. “But when does it stop? Ultimately, it always should be about the houses and real estate.”

Beyond risking RESPA violations during the sale, Poulos said offering incentives opens the door to issues once the transaction is over.

“You can’t pick and choose who gets the incentive and who doesn’t. It has to apply to everyone,” she said. “Besides that, there are lemon laws in California, and if you’re throwing in a car, what’s to say the buyers won’t come back at you if the car doesn’t work well?”

“There could be a post-transaction liability,” she added. “A smarter agent is not going to incentivize the buy by giving the buyers things.”

Although Beaven said she understands the apprehension toward buyer incentives and the possible legal risks, she said it’s not about making random incentive offers and seeing what sticks. It’s about offering an item or service that will provide a solution to an issue with the listing.

“Sometimes [an incentive] can offer a kind of reassurance and a little bit of certainty, which is really helpful for a buyer,” she said in reference to her home organizing offer. “You have to be smart and you have to make sure [the incentive] makes sense for the property. If it can solve a challenge, that’s even better.”

For informational purposes only. Always consult with a licensed real estate professional before proceeding with any real estate transaction.