Considering the City Life? Here Are 6 Reasons Why You’ll Love It 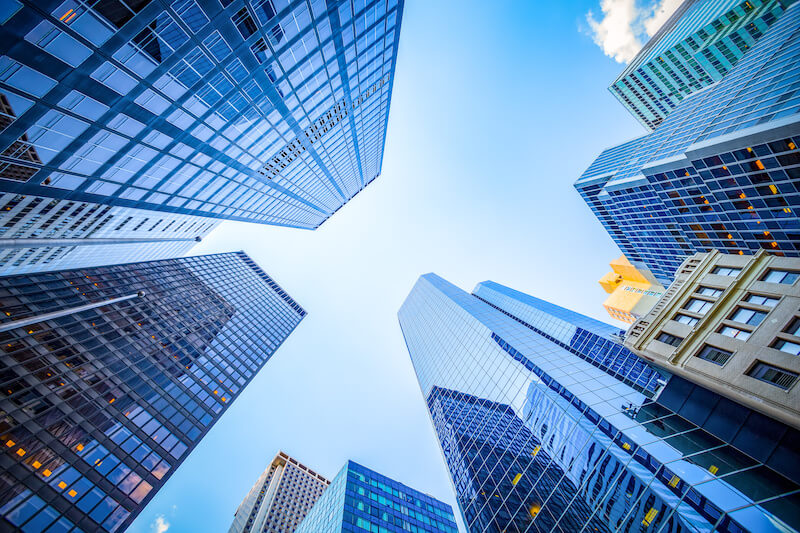 Moving to the city can be exciting and daunting if you're from a small town. You're trading wide open spaces for skyscrapers and a never-ending sea of people. Don't let that scare you—major metropolitan areas offer plenty of perks you're sure to love.

Small towns are great, but there's no substitute for the big city if the skyline is calling your name. Ready to make every day a new adventure? Keep reading to learn why you'll love living in a big city.

There are many reasons people choose to leave their small town and move to the city. Maybe they're looking for more job opportunities or want to be surrounded by world-class amenities. Whatever the reason, it's a big decision that comes with a lot of change. If you're on the fence about moving from your small town to the big city, it'll be helpful to better understand each term.

What Is a City?

A city is a large and permanent human settlement generally characterized by large populations, robust density, and a complex built environment. The term "city" can also describe the administrative boundaries of an urban area.

Cities are often home to world-class amenities like museums, theaters, and restaurants. When Americans picture a big city, they might visualize the Manhattan skyline or downtown Los Angeles.

Cities come in all shapes and sizes but share a few common characteristics. According to the U.S. Census Bureau, a metropolitan area should have "at least one urbanized area of 50,000 or more people."

What Is Considered a Small Town?

A small town is harder to define in such concrete terms. Generally, a town has fewer than 5,000 residents to qualify as "small." However, the definition of a metropolitan area suggests that any area with less than 50,000 people could constitute small-town status.

Small towns are in every corner of the United States. While a downtown area might anchor them, Main Street USA is typically reserved for quaint shops and doesn't support multi-use purposes.

Why live in the city? Less than 100 years ago, this was a much more straightforward question. People who worked in the city lived there—and vice versa for those working outside the city. However, as railways expanded and car ownership increased, people left the cities for the suburbs.

These days, people are moving back to major cities at booming rates. What's causing this migration? 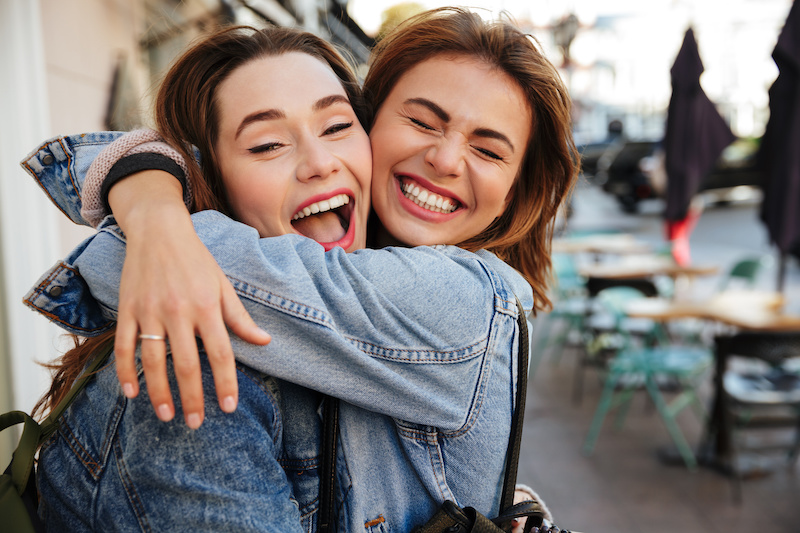 It doesn't matter if you consider yourself more of an introvert or an extrovert; everyone needs some level of social interaction to be happy and healthy.

Small towns often have a close-knit sense of community. These relationships are priceless and contribute to a fulfilling lifestyle. However, if you live in a small town, the big city is where you need to be if you want to branch out.

If you want to find new people, you have to know where to look for them. Research on U.S. cities shows that approximately 83% of the country's population lives in a metropolitan area.

Cities don't just have more people than small towns; they have more opportunities to meet people.

One of the most popular reasons for moving to the city is increased job opportunities. Living in a central metropolitan area means you'll have access to more jobs in your field.

You'll also find it easier to network with other professionals. If you want to meet someone who works in your industry, it'll be much easier to (literally) rub elbows in a dense community with dozens of employers per industry.

The evidence is more than anecdotal. Data from federal research boards shows that agricultural jobs are down by about 13%.

According to the U.S. Department of Agriculture, the open spaces and farmland in small towns support agricultural jobs, but rural employment rates decreased by 92%.

Whether you want to work in big tech, public transportation, or healthcare, there's a better chance you'll find your dream job in the big city.

More Things to Do

You can find live music, theater, museums, world-class restaurants, and upscale shops in a big city on any night of the week—sometimes all on one street, if you know where to look.

When you live in a small town, your entertainment options are more limited. You might have a few local bands that play at the bar down the street or a community theatre group that puts on two shows per year. 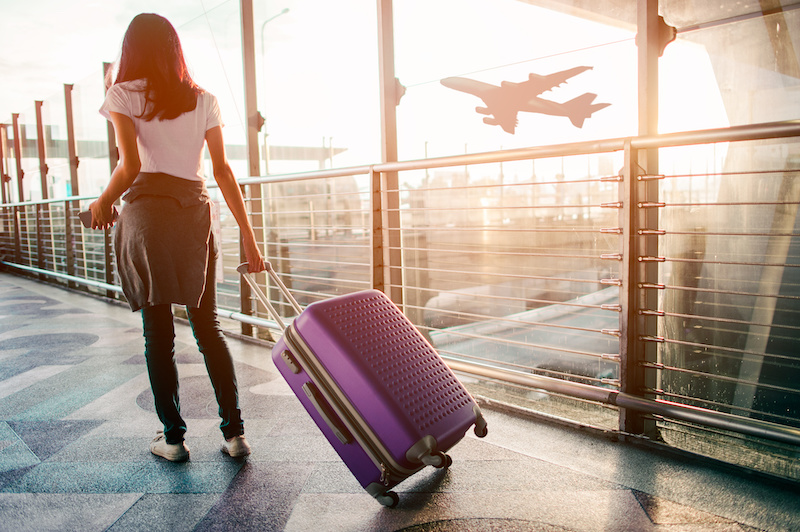 Moving to a major urban area will save you time and money on flights if you're a frequent flyer.

You might not think this is a big deal now, but consider how much time and money it would save if you could take the subway or quick rideshare to catch a flight instead of driving for several hours.

Additionally, larger airports typically have more affordable ticket prices. Consider the basic rules of supply and demand. Large airports have a surplus of flights going out every day. Proportionately, their supply outweighs the demand. Conversely, small-town airports often need to charge a premium to break even. Those costs don't factor in the price of getting to the airport and the additional costs of connecting flights. Living far away from the airport can be costly for people who frequently use it.

One of the best things about living in a city is you don't always need to rely on a car to get around.

In addition to public transportation like buses and trains, many cities have ride-sharing apps and bike-sharing programs, meaning you can reduce monthly insurance bills and gas money.

Let's look at commuting costs in the city versus commuting in car-dominated places.

NYC's Metropolitan Transportation Authority offers monthly unlimited-use passes for $127. Meanwhile, the average American drives about 1,200 miles per month. You don't have to crunch the numbers to see that a monthly subway pass is more affordable than gas.

Living in a major metropolitan area increases the likelihood that you'll be able to walk to work, too. Walking to work is good for your health and practically eliminates all commuting costs.

Finally, researchers have found that cities produce less carbon per household when they provide walkable areas and reliable transit. Therefore, commuting while living in the city saves you time, reduces your budget, improves your health, and helps the environment.

Cities have some of the best hospitals in the world. They attract top medical talent and usually offer more specialized care than small-town hospitals.

Many of the best medical schools in the country are in cities like Boston, New York City, San Francisco, and Baltimore. In addition to the best young doctors, big cities have access to seasoned professionals who train these students.

While healthcare prices vary drastically, research shows that insurance costs more in rural areas. When living in a well-established city, you can expect to pay around 9% less per month on insurance premiums.

Tips For Moving to a Big City From a Small Town

Does the thought of new adventures, a rewarding job, and improved amenities have you packing your bags? Before buying your bus ticket to the city, it's essential to research and plan. Here are a few tips to get you off the right foot.

In a city the size of New York or Los Angeles, each neighborhood can feel like its own. Take the Midtown neighborhood in Manhattan, for example. With just shy of 400,000 residents, it varies drastically from communities just a few blocks away in the Bronx borough. The variety of lifestyles and amenities is thrilling, so be sure to sample them all before buying a condo.

Visiting the city before moving is a must. Take the time to explore every neighborhood and see how it fits your desired lifestyle, daily commutes, and other needs. 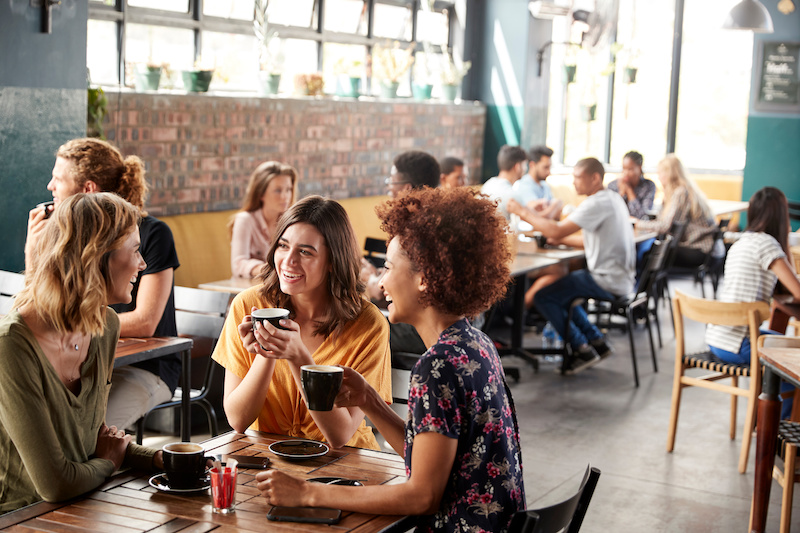 The fast-paced lifestyle can be overwhelming when you arrive in the big city. Fight the urge to cloister in your apartment. If you want to meet people, find a great job, or explore every corner of town, you'll have to get out of your comfort zone no matter what.

Getting out of your comfort zone can be fun and rewarding if you know where to start. Follow local social media influencers and bloggers to get an idea of where locals like to hang out. Or, consider joining a group related to your hobbies, profession, or personal values.

Prepare for an Increased Cost of Living

Although there are many ways to save money in a big city, the cost of living is almost always higher than in small towns.

From housing to dining, life is more expensive in the city. With that in mind, salaries are also higher in urban areas, so you can easily adjust as long as you budget carefully. The 30% rule provides a valuable framework for deciding how much of your total income can go toward housing expenses.

Moving to the big city is a significant change, but it doesn't have to be scary. Think of it as an adventure. With the right mindset, you'll be able to take advantage of all the opportunities to live in a metropolis.

Leaving your hometown can be bittersweet. Even amid all of the advantages outlined in this article, you may feel homesick at some point.

If you experience some growing pains, remember that you're not alone. The biggest cities in America contain people from small towns all across the map. When you're feeling down, look for restaurants, scenery, music, and activities that remind you of home.

After all, the big city has everything—even a bit of small-town charm.